The first cut of hay is often available in late May or early June, and it arrives about the time we are mearly out from the what was put in late last fall. This year, with near drought conditions through the spring, the first delivery from a local pasture came in early July.
Most of the hay comes as bales, cut, baled, and delivered in a wagon. It is then put in the hayloft above the barn with a conveyor. For our herd of 7 goats, we will need nearly 300 bales of hay for the year.
Much to Bev's amusement, Steve has taken up hand catting some of the hay with a scythe, the "old-fashioned way." Portions of the field are cut in the morning and the hay left to dry in the sun for the rest of the day or two, depending on the weather. At some point, the hay piles are turned over with a wooden hay rake. Once dried, it is raked onto a tarp, and dragged to the barn where it is stored in a spare stall, or hauled up to the loft for further drying and storage. At one time, this must have been a full time occupation for livestock farmers! Thankfully, it's just a past time for those of us needing to burn a few extra calories! 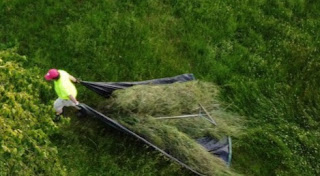 As you can see from the video below, the baled hay, and the conveyor gets the job done more quickly, but Steve is convinced the goats prefer his hand cut, "gourmet" hay better!
Posted by Steve Kelley at 6:20 AM No comments: 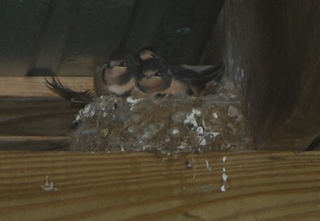 Posted by Steve Kelley at 2:09 PM No comments: 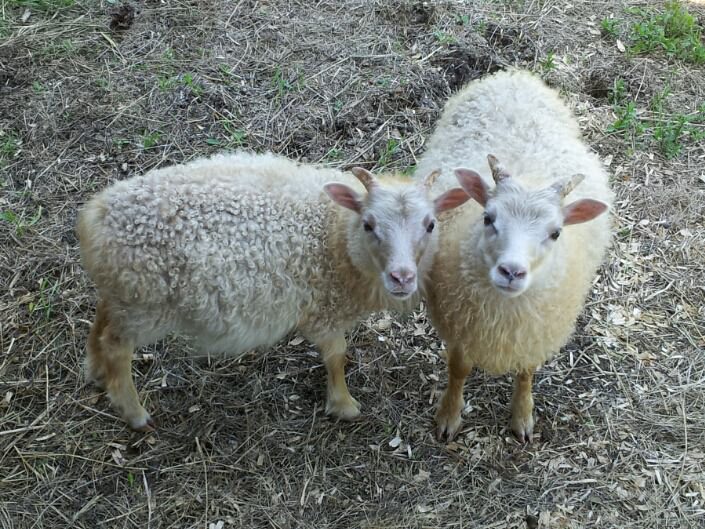